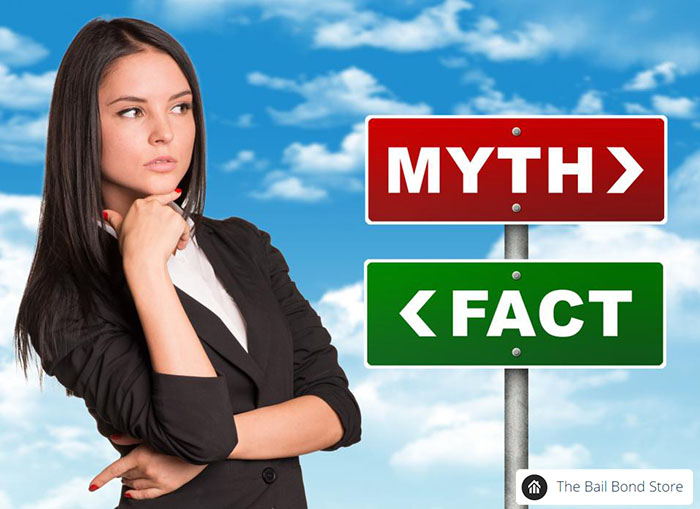 There are many myths surrounding the bail bonds process. We feel that now is the perfect time to clear them up.
Here is the simple truth behind some popular bail bonds myths.

You Have to Use a Bail Bonds Business

You Have to Pay the Entire Amount of Your Bail

If you opt to bail yourself out of jail, yes, you have to pay the entire amount. If you do so, you’ll get the entire amount back at the conclusion of your case. If you don’t have enough money to cover the cost of your bail, we’re willing to step in. Traditionally, we charge a 10% fee but there are many instances when we are willing to provide a 20% discount. The best way to determine if you qualify for this discount is by asking during a free consultation. Don’t assume that because you don’t have the entire 10% on hand that you’re not eligible for bail. We have a flexible bail payment program that is designed to help you get out of jail and back home as quickly as possible. Many of our clients have benefited from our flexible, zero-interest payment program.

We have zero influence on the amount of bail the court requires before they’ll release you. We have no sway over the court. We don’t even enter the process until after bail has been set.

Bail can be Revoked for Any Reason

Yes, bail can be revoked. No, it can’t be revoked without just cause. Before you’re released, the court will make sure you’re very clear about the specific instances that your bail will be revoked. As long as you don’t do anything to get in trouble, such as breaking the law or contacting the victim, you won’t have to worry about your bail getting revoked.
Contact The Bail Bond Store In Santa Ana Today!

There are several reasons you should contact The Bail Bond Store In Santa Ana. These reasons include:

The best time to contact us about helping you cover your bail is as soon as you learn how much bail is needed. Feel free to call us at 866-998-2245 or click the Chat With Us link.