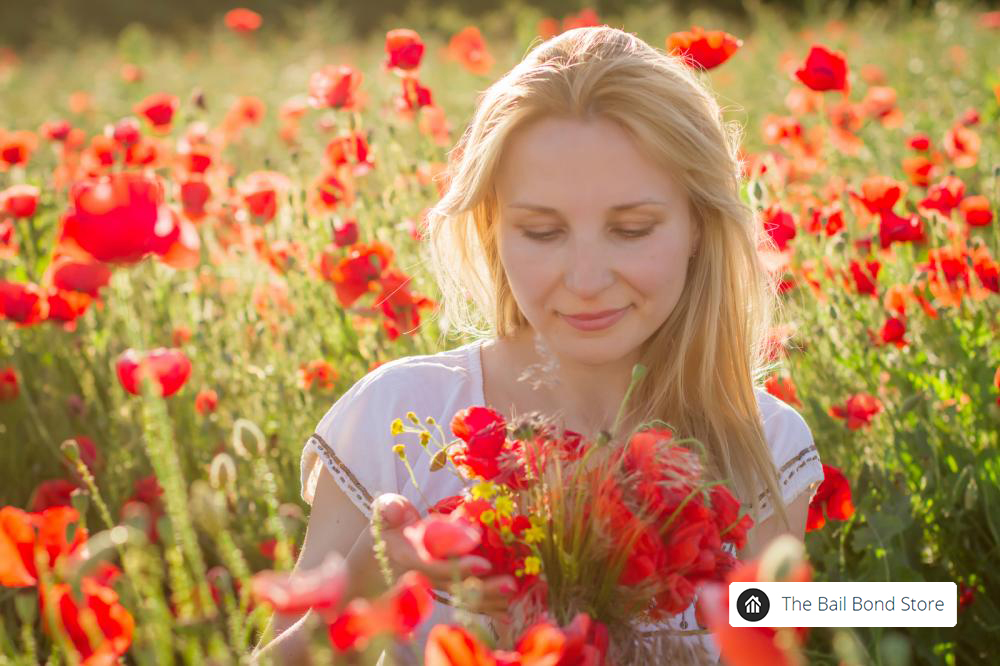 26 Mar Is It Really Illegal to Pick Poppies in California?

California has had a surprisingly wet winter and spring, helping bring much needed water to the entire state. While people are rejoicing over this fact, the wildlife in the state is ecstatic. Plant life especially is taking advantage of this rare, water filled season. The entire state is blooming with life.

Flowers are blooming all over the state, and especially so in the deserted areas of Southern California. Beautiful California Poppies are spring up everywhere and painting hillsides with their vibrant orange color. Places like the Antelope Valley Poppy Reserve are popping with colors and butterflies are filling the skies. For years, Californians have spread the rumor that it is illegal to pick poppies in the state, however, that isn’t quite the case.

California has been in a state of drought for several years now, which has caused all sorts of problems for people and wildlife alike. This has included things such as water shortages and wildfires. However, over the past few months, the state has gotten a much needed drink of fresh water.

Even in the drier, southern half of the state, the rains have been plentiful. So much so, that the desert hills and fields are green and mixed with vibrant patches of purples, oranges, and yellows. The Antelope Valley Poppy Reserve is seeing spectacular blooms already, and is expecting the blooms to increase through to April.

While the wildflowers alone are spectacular, and just in time for spring, they did not come alone. The increase in vegetation has attracted winged bugs, and a lot of them. Painted Lady Butterflies are currently filling the skies in Southern California as they migrate north. Thousands upon thousands of these primarily orange butterflies with black wing tips and white spots are fluttering through the skies, enjoying the fresh food available to them. Experts are saying that this is the biggest migration the state has seen since 2005.

A giant migration of bugs may sound like a bad thing, these butterflies, and their caterpillar young, actually don’t cause much harm to commercial crops, meaning people can just enjoy the butterflies while they are here, before they move further north.

Are Poppies Off Limits?

Pretty much every Californian has heard that it is illegal to pick Poppies in the state. This is largely due to the fact that the California Poppy is the state flower, and is perceived to be off limits to all. However, that is not entirely the case.

California Penal Code (PC) 384a is most likely the cause of this urban legend, even though it does not expressly mention poppies. PC 384a states, in the simplest of terms, that it is illegal for an individual to pick, harm, or destroy any plant life that is on property that they do not own, or do not have permission to do so. This law basically makes it illegal to vandalize someone else’s plants.

Under this law, it can be illegal to pick poppies, if they are on land not owned by the picker. However, if the picker owns the land, or has permission to pick the poppies from the land’s owner, then they can pick the flowers.

If a person is caught breaking this law, they will face misdemeanor charges. This means they can face:

Those are some pretty hefty fines for a crime that could basically amount to flower picking.

While Californians are out enjoying the beautiful blooms and plentiful butterflies, they should keep this law in mind. After all, they don’t want to end up in trouble with the law because they picked a few flowers off the side of the road. Besides, many flowers like poppies won’t last long after being picked, so it is best to leave them where they are. Besides, that way everyone can enjoy them.

Are you enjoying this year’s super bloom and butterfly migration? If so, tell us all about it the comments below. Maybe even share a pic or two and let others join in on the fun.